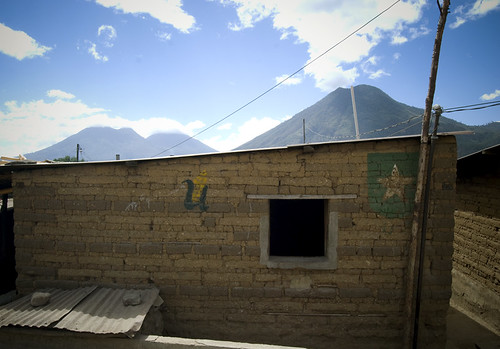 The symbol of the URNG is an ear of corn, the primary food source of Guatemalan subsistence farmers. One Mayan creation myth says humans were made by the gods out of corn.

There are rampant rumors of a military coup in Guatemala. Violence has been escalating in the country, thought to be due to a rise in drug trafficking and gang warfare. There are 40 murders a week in the capital. Few are investigated. Bus drivers are killed for not giving bribes to gangs. In rural areas, many buses have been stopped, robbed, and all the women gang raped. Femicide is a serious issue in Guatemala, with every other day, a woman's body being found in a random ditch. Thousands of women have been killed during this supposed peace-time.

This weekend a friend said to me, "This is the most crucial time in Guatemala, more than during the war." It not impossible that the military is perpetrating this increase in violence in order to shore up support for their eventual takeover, via coup d'etat or the next presidential election.

Guatemala has a rich history of military coups, most notably when the CIA overthrew the democratically elected president.

In 1944, due to increased social tension, the military overthrew the then dictator and then stepped aside as Guatemala elected a president democratically for the first time. This president, Arévalo, began sweeping reforms: labor, health care, education, and agrarian. In a country where farmers were living in a feudal system, reform was looked upon unkindly by those who profited, namely the United Fruit Company. United Fruit (which you may recognize now as Chiquita, Dole, and Del Monte) were known as the octopus at the time, because they owned most of the land, the electricity, the railroads, and the ports. People serving on their boards were also CIA members and were displeased by the reforms put forth by the new government.

When Arévalo and his successor, Arbenz, began the agrarian reform, buying back the land at the price United Fruit had devalued in justification of owning it, the US government response was to call them communists. The CIA overthrew this democratic government in 1954. The CIA had committed a similar move once before, with Iran. These 10 years of democracy are known in Guatemala as the 10 years of spring.

Previously Guatemala was run by Spanish colonists and Guatemala-born Spaniards, people who created a strong military oligarchy. This military oligarchy began to exert more force in the country after the 1954 coup, leading a faction to break off and begin fighting against them in the 60s. This faction became one of four guerrilla groups which eventually joined into one, the URNG (Guatemalan National Revolutionary Unity). The guerrilla fought the military for 36 years in an extremely harsh civil war. Today the URNG is the only leftist political party in Guatemala.

Guatemala holds the capital of the Mayan empire, Tikal. And unlike most history classes would tell you, Mayans are still very much alive. Guatemala has a mostly indigenous population and many people speak Spanish as a second language, their first being one of 22 Mayan languages.

During the 36 year civil war, these Mayans were the target of extreme human rights abuses at the hands of the Guatemalan military, funded and trained by USAID, the CIA, and the School of the Americas. Torture was common. Political discussion and art outlawed, a curfew set for 9pm, and leftists and students disappeared. 200,000 Guatemalans were killed, 50,000 disappeared, and over 1 million people were displaced, as internal refugees or in neighboring countries.

The violence peaked in the 80s, particularly under the evangelical dictator Ríos Montt, tied to Pat Robertson and funded by the Reagan administration. During his 1 year as president, he would claim to be purging the country of the atheist communist threat over the nightly radio. He enacted a scorched earth campaign wherein the military would enter a town, wait until a festival or a market day, round everyone up into a church or school, rape and torture them before killing them, and burning the town to the ground. Around 600 villages disappeared this way, most recently in 1997.

80% of the victims were Mayan. The UN classifies this as a genocide. You can't walk 2 steps in Guatemala without meeting people whose lives were affected by this war - spanish teachers whose parents were disappeared by military in the middle of the night, tour guides who were tortured before fleeing to Mexico.

Ríos Montt is the most ruthless dictator in Latin America's history, more violent than Pinochet. Spain would like to extradite him for war crimes, but as he still holds office in Guatemala as a congressmen, under Guatemalan law he cannot be charged for any crime. His daughter is married to the Illinois congressman Jerry Weller.

Two studies, after the peace accords were signed, came out in 1998. One by the UN truth commission, the other by the catholic archbishop Gerardi. Both studies found that atrocities committed during the war were overwhelmingly caused by the military, as up to 93%. 48 hours after Gerardi presented his findings, he was murdered.

Today Guatemala has been clawing toward democracy, in spite of enormous voter fraud, widespread corruption in government and the courts, and powerful drug cartel. Guatemala has a 70% literacy rate, and the highest malnutrition rate in Latin America - over half of the country's children are malnourished. Many people live on less than $1 a day. However rumors persist of a coup orchestrated by the loser in the most recent presidential election, Otto Perez Molina. Molina is a ex-general who was responsible for one of the many death and torture squads and his party is rumored to win the next election - if they don't overthrow the government in the next coming weeks. The right in Guatemala is nervous, with its neighbor, El Salvador, electing a leftist president this past march under the FMLN (Farabundo Martí National Liberation Front). The FMLN, like the URNG, were the guerrilla fighting in El Salvador's similarly horrific civil war (with an army also funded and trained by the US), and have since formed a successful leftist political party after the signing of the peace accords.

Colom, the current president, has been reported by the US news to be a leftist president in the vein of Hugo Chavez and Evo Morales, but he is not. He has been historically backed by narco-traffickers and is a darling of international dam and mining corporations, taking out enormous world bank loans for free trade projects. There is a growing resistance to these projects in rural areas which may lead to violence soon. In February, four major military documents from the armed conflict were to be declassified. They are assumed to implicate several important political figures, including Ríos Montt and Molina. However, the two most damning documents were "lost."

Meanwhile, a scandal has broken in Guatemala this week. A lawyer released a video (translation in the comments of this article) where he claims the current president, Colom, is responsible for the murder of his clients, who were whistle-blowers in a financial scam. His video opens with "if you are watching this, I have been murdered." He was killed via drive-by shooting this past weekend.

Molina, the ex-general, has arranged protests against the president in the capital. Yesterday he asked for the president to step down. I guess this is how a military coup begins. And people scream about closing our borders.

I'm coming back to the USA on Wednesday. Do you, the internet audience, want picspam and mild commentary from the many places I have been? 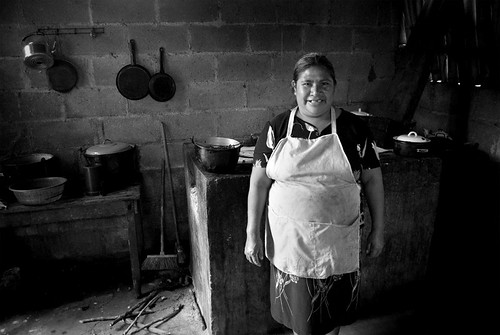 According to my profile, it's been 19 weeks since I last updated. Even longer if you think about an update like announcing something about my life.

I feel like blogging as a phenomenon seems to have an inverse relationship to actually having something to say. The more I experience, the less the impetus to make a statement about it. It's too complex, it takes too much time, I don't have the words, whatever. And now that I am home here I am, internet. Validate me.

I don't know how to describe talking to genocide survivors every day, like it's nothing, how they talk about revolution like it's a given, it's an obvious need, and I understand why Che is everywhere down there. A united Latin America, what a silly dream you had, Che.

And being home is an exercise in guilt. My country paid for and trained how to perform human rights abuses x,y,z. And someone said "go home and talk to your country's leaders, that is how you can help." As if my country's leaders are listening. 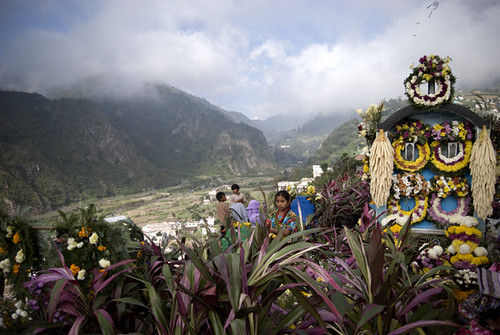 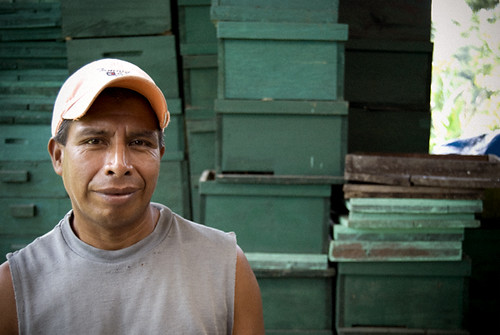 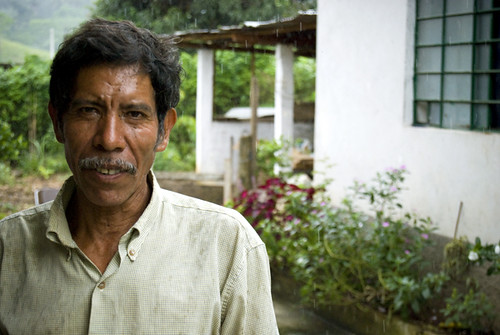 On April 19th, 1983, Don Pedro was captured by the Guatemalan army and tortured for 14 days. He was organizing a food coop and was a religious man, enough to be painted the enemy during the 36 year long civil war. He was interrogated for 8 more days, questioned about his guerilla ties before being let go, near death. He escaped to Mexico as a refugee and finally returned to Guatemala in 1998. 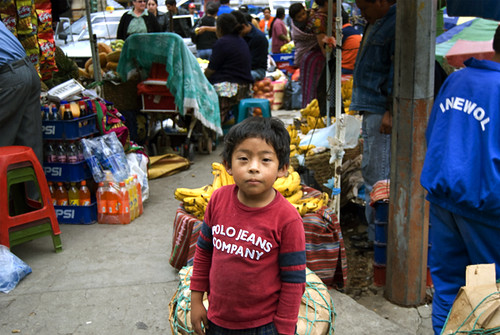 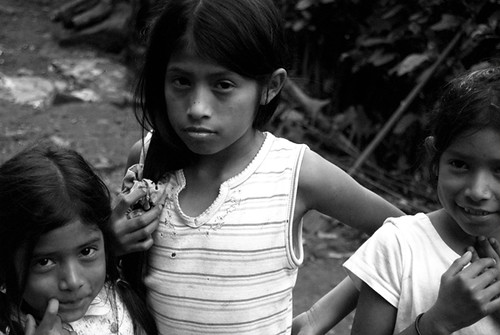 A month ago I went to Ecuador with a group of students to work with street kids; kids who had been homeless and drug addicted from as young as 6 years old. I became attached to the kids in a very short time - they were beautiful and hilarious. When I got home I couldn't talk about the experience without tearing up. I felt like I had come back from time-travel - I didn't understand why everyone wasn't an emotional wreck with me. ASA picked me up from the airport and told me it was good to see me. I cried in response. I cried for what those kids have to endure in their lives, for being another adult to leave them, and for my privilege. I cried because I didn't know what to do with myself anymore.

In the past year, a lot of things that I thought were true have changed. Instead of answers, all I find are questions. I question the point of protesting, the point of pacifism - something I was once very committed to. I question where I fit in, as an american, as a woman, and a person of mixed-race. I get so despondent sometimes I question if I should even bother. But as things become less black and white, I know that I don't have a choice. I have to do something that has meaning. I'm just not sure what, anymore.

I want my belief system to be more than how I interpret the world around me. Beyond an awareness that is self-satisfying, but a dedication to doing what I think is right.

I can only start with myself. Peeling an onion: The clothes I wear, the job I have, the food I eat, all products of a system that I don't agree with. I am envious of those crusty anarchists who live in illegal squats eating food out of a dumpster, their white skin allowing them to fly under the radar, their parents not immigrants who find dirty clothing disrespectful.